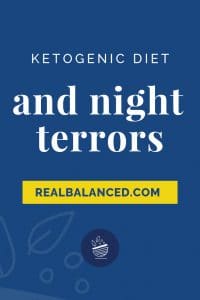 By eating a low-carb, ketogenic diet, I completely eliminated my daily night terrors and have continued to improve my sleep quality.

I have been following a low-carb, ketogenic diet since March 2017 and, since that time, my life has improved so drastically that I have continued to eat this way and will continue to for the foreseeable future. Unlike any other diet I have tried (and failed at) before, a ketogenic diet is incredibly sustainable and anything but restrictive. This is the most food freedom I have had since my early 20s when I was living off of late-night pizza and sub sandwiches. Oh, and beer and vodka.

Aside from a plethora of other health benefits I have experienced since lowering my carbohydrate consumption, the primary reason this diet has so significantly helped me is by altogether eliminating my battle with night terrors.

The Onset of My Sleep Issues

In 2015, I began exhibiting some odd tendencies in the first hour or so of falling asleep. It began with jolting awake in a pure panic that I had (yes, this is going to sound crazy) misplaced my dog. Not that he ran away. That I legitimately set him down and couldn’t remember where I put him. Now I realize this sounds funny (I’m laughing in hindsight as I write this), but in the moment, it was a feeling of complete terror. These episodes of waking up and thinking I lost Rowsdower happened on a nightly basis. We thought that I must have just been on “high alert” as we had recently adopted our puppy and that I was feeling overwhelmed with the new responsibility.

During this period, we also moved to a new house. Once in the new house, the sleep episodes began to intensify. One of my most awful night terrors actually happened shortly after our move and the experience still haunts me to this day. I believed (and hallucinated) that a man had entered our bedroom and was quickly moving toward me to attack. I began to scream as loud as I could (in my dream and, unbeknownst to me, in real life too), jolting Ryan awake. Ryan, bless his heart, tried to calm me down, but I thought Ryan was “the bad man” and I fought back and began to scream louder and hit him.

He finally was able to wake me up and we were both pretty shocked by what had just happened. I remember laying there, crying, and just repeatedly apologizing for my actions. I was so afraid and just completely mortified over what I had just done.

From this point on, the night terrors were there to stay.

Every night I would have at least one episode, sometimes two. Every. Single. Night.

It began to affect my life so much that I couldn’t sleep whatsoever. I was too afraid to fall asleep, knowing full well that a night terror was inevitable.

For over two years, I truly don’t think I fully fell asleep once. Either I fell asleep for a short time, had a night terror, and couldn’t sleep for the remainder of the night, or, I was altogether too scared of sleeping.

Our lives felt like they were at a standstill. I never slept. Ryan never slept. We were miserable and just so unbearably tired.

During this period, I visited so many doctors that it seemed my calendar was 95% filled with appointments at various medical offices. I took off work so much that I was unable to take any vacation days whatsoever as I had used all of my PTO up for trips to the doctor.

Most notably, I visited a sleep specialist and it was determined that I should participate in a sleep study. The study was inconclusive and the doctor was anything but helpful. I recall leaving many appointments with him in tears because, on multiple occasions, he flat-out stated that these night terrors were just going to be a regular part of my adult life. I repeatedly explained to him that I never experienced sleep problems growing up, particularly never, ever having had a bad nightmare in my entire life. His response: “sometimes these things just happen.”

I was sent on my way with zero answers, although I did receive prescriptions for sleep medication and anti-depressants. I never took them.

It was also during this time that I began experiencing a myriad of gastrointestinal problems. I felt like my health was completely out of my control. I wasn’t sleeping and I couldn’t leave my house for an extended period of time for fear that I would get sick in public.

Becoming an Active Participant in My Journey To Better Sleep

It seemed that doctors were unable to help me, so I decided that I needed to become an active participant in my own health journey.

I’ve spent endless hours researching medical journals, reading health websites, and listening to podcasts to learn about the relationship between nutrition and sleep. I first began to follow a very strict paleo diet that was free from grains, gluten, dairy, soy, and MSG. I never strayed from this diet as my GI symptoms quickly began to improve; my sleep, however, was still terrible and I was continuing to experience nightly night terrors.

After following paleo for almost a year, I noticed some other health problems surfacing; most notably, my blood sugar was out of control. I began testing my blood glucose levels and they were that of a diabetic, which was unsurprising to me as I was experiencing a lot of the symptoms that I read diabetics deal with on a daily basis (cravings, moodiness, plummeting energy, poor eyesight, etc.).

The most frustrating symptom was my decreased energy. I’ve always been someone on the go, go, go, but no longer. I needed a minimum of an hour each afternoon to lay down as I felt exhausted, anxious, and depressed. It was so unlike me.

As an added level of “fun,” I was so moody that I truthfully cannot believe Ryan stayed with me. I won’t get into the particulars (mostly because I am quite embarrassed), but I was not a nice person during this period. Between the lack of sleeping and my blood sugar spikes and drops, I was not someone that even I wanted to be around.

I closed the door on friendships, never left my house, and went into several months of deep sadness. It was a really hard time.

It was around early 2017 that I learned how carbohydrate intake can lead to unwanted consequences for some people. I had never thought about this before as I was always under the impression that carbs were good and fat was evil. “Fat makes you fat.” “Carbs give you energy.” “Carbs are essential for life.” Blah blah blah.

I think it was on a Robb Wolf podcast that I first heard the term “ketosis” and about the ketogenic diet. It was a diet consisting of high-fat foods, restricted carbohydrates, and moderate protein. It could balance your blood sugar, moods, and hormones (oh, did I forget to mention that I also lost my period for over a year?). I was intrigued by the idea of the diet, to say the least.

There was nothing to lose and everything to gain. I dove head first into research about ketosis. A week later, I fully committed to it. The rest was history.

My First Week of Ketosis + The End of My Night Terrors

It took all of two days for me to reap the benefits of ketosis. After experiencing a short bout of the “keto flu,” I reached nutritional ketosis and my life changed. (Yes, that sounds dramatic, I realize that. But it is the truth.)

My night terrors ended. Almost immediately. And have not resurfaced.

Within the first week of strict keto, our household slept. Real sleep. From sundown to sunup, we slept. It was so glorious. It makes me emotional to even write how special that first week of sleep was.

My Sleep Now That I Follow a Keto Diet

I still have a hard time believing that my diet was the culprit for my daily night terrors. Ryan and I will sometimes reminisce about this time in our relationship and, now that we are passed it, can laugh about how absolutely ridiculous it all was. He truly is a saint for sticking with me during this phase. I was an impossible human to rationalize with, but he always took my “attitude problem” in stride.

Nowadays, my sleep is pristine. Every night, I sleep like a baby and awake feeling refreshed and ready to conquer the day.

What I Recommend For Improved Sleep

Once the night terrors ended and I began to sleep through the night, I took additional steps to continue to improve my sleep. The below are my recommendations for improving sleep quality.

On the opposite side of the spectrum, some people experience insomnia-like symptoms when following a ketogenic diet. If so, then I cannot recommend supplementing with electrolytes enough, especially a good form of magnesium (like magnesium glycinate found in Triple Calm Magnesium).

When my body is low in electrolytes, I experience insomnia and a terrible case of Restless Leg Syndrome. Electrolytes are ESSENTIAL. Do not ignore them, especially in the beginning stages of transitioning to a low-carb diet.

Additionally, if you’re a female, you may experience bouts of insomnia around ovulation or around your period. I’d recommend tracking your cycle with an app (I use Flo) and that may help in determining if your insomnia is stemming from your period. To combat period-related insomnia, I have worked with my OBGYN and begun supplementing with progesterone cream (do not do this without talking to a healthcare provider).

I’d love to know if reducing your carbohydrate intake has improved your sleep quality! Please feel free to leave a comment with your experience below!

My name is Sara Nelson and I am the face behind Real Balanced. I am a Mom to Lucy, a proud Milwaukeean, and obsessed with my Boston Terrier. On my site, you will find keto-friendly, low-carb, and nut-free recipes, along with my experiences as a new mom. END_OF_DOCUMENT_TOKEN_TO_BE_REPLACED
K Keto W Whole30 P Paleo DF Dairy-Free CF Coconut-Free VG Vegetarian V Vegan NF Nut-Free EF Egg-Free IP Instant Pot 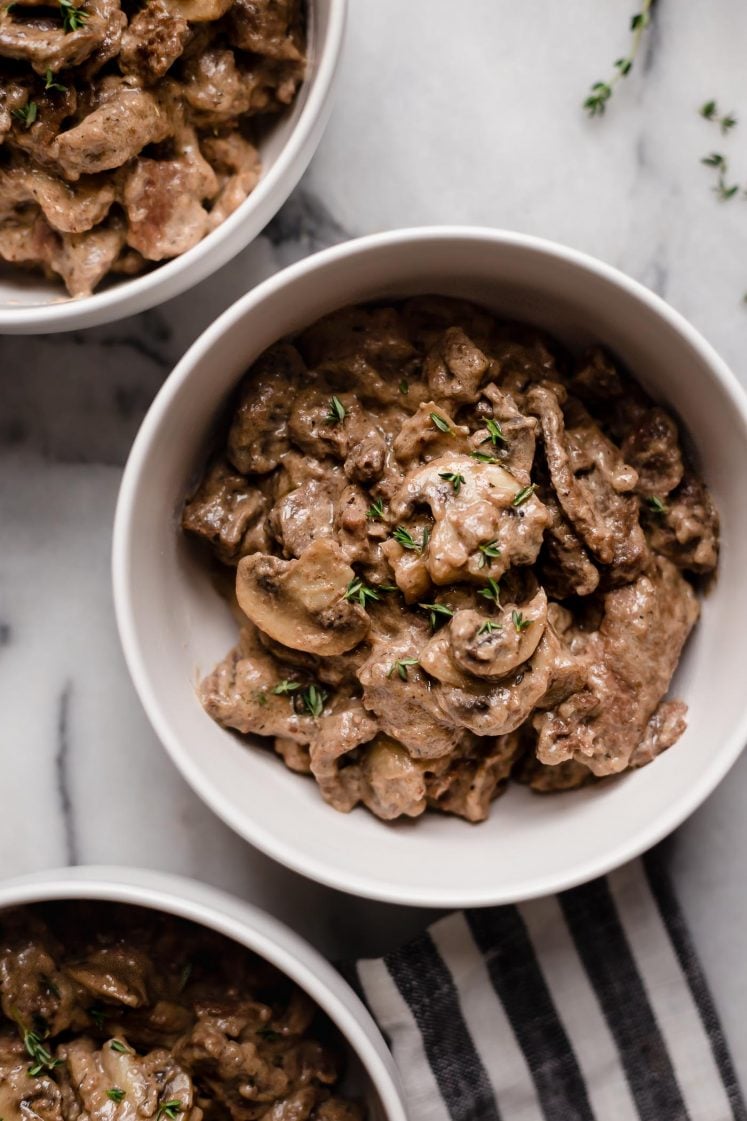 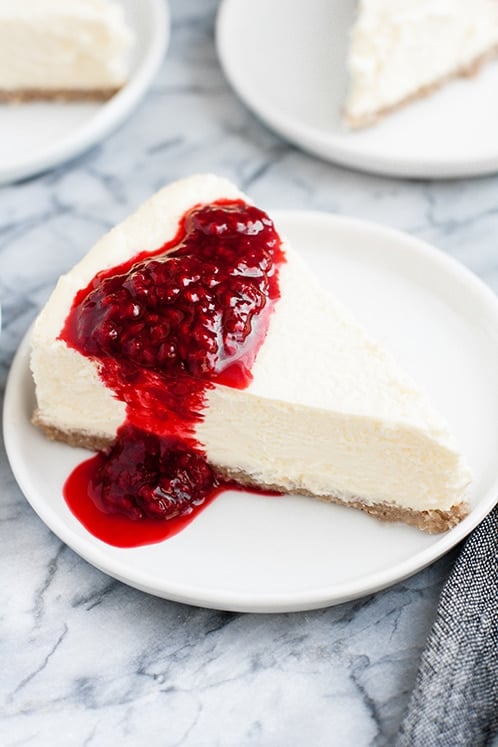 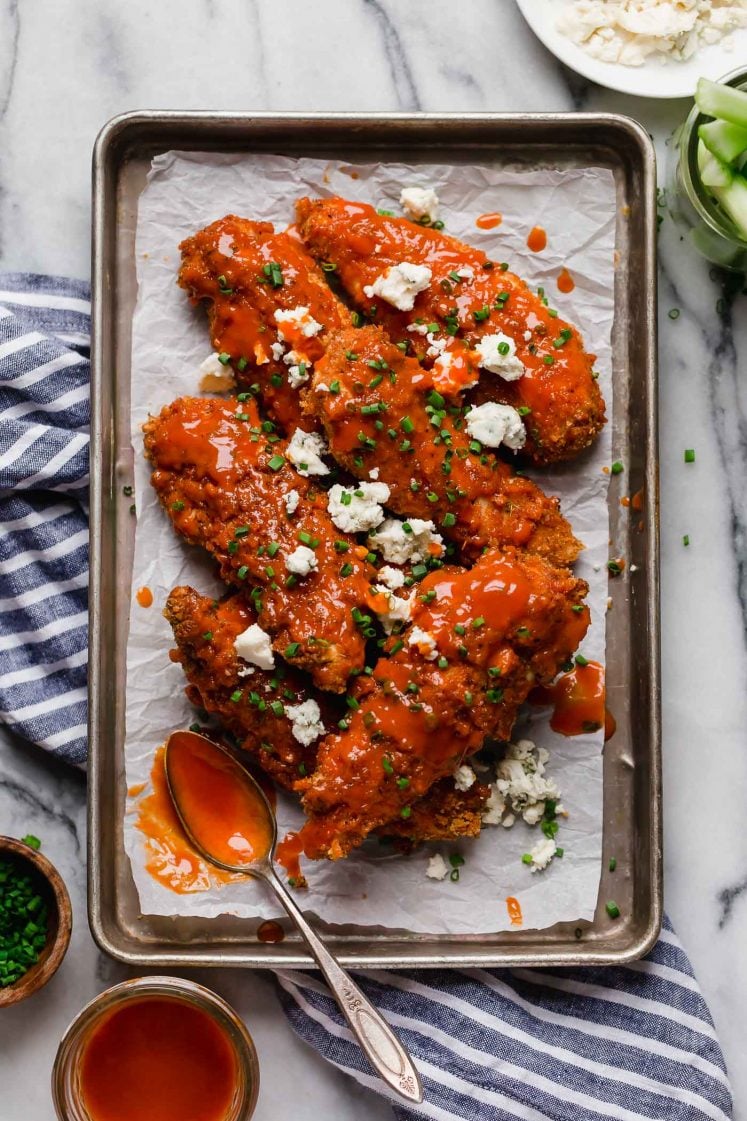 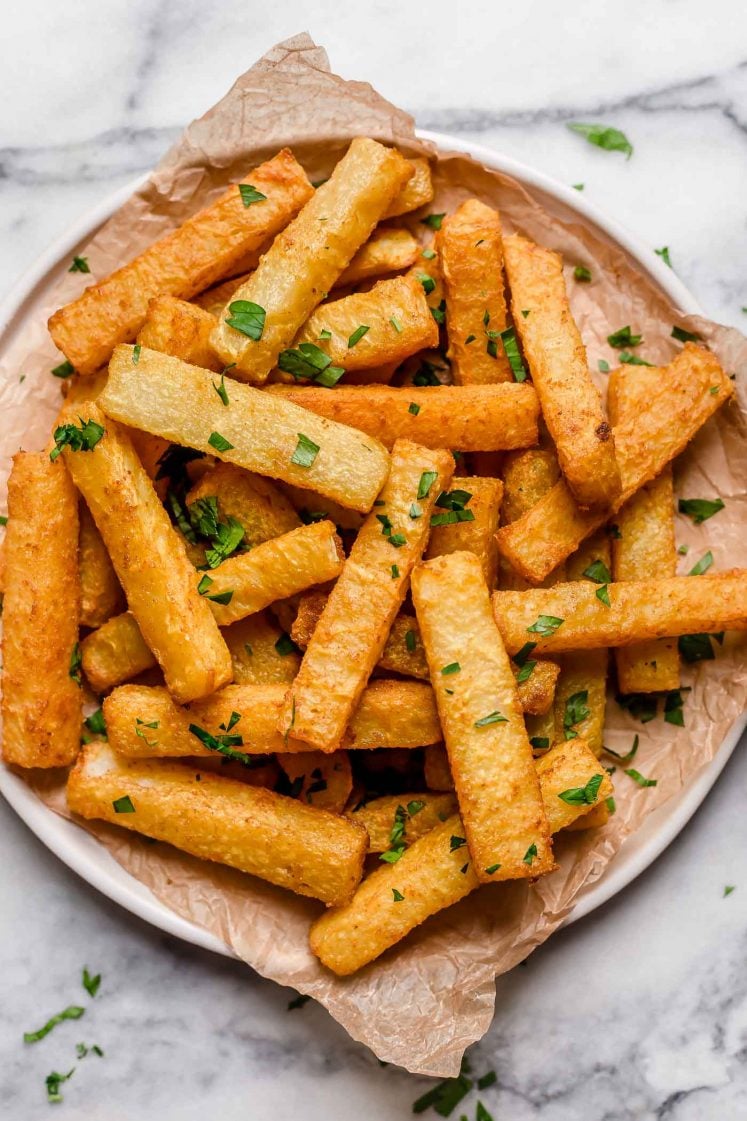 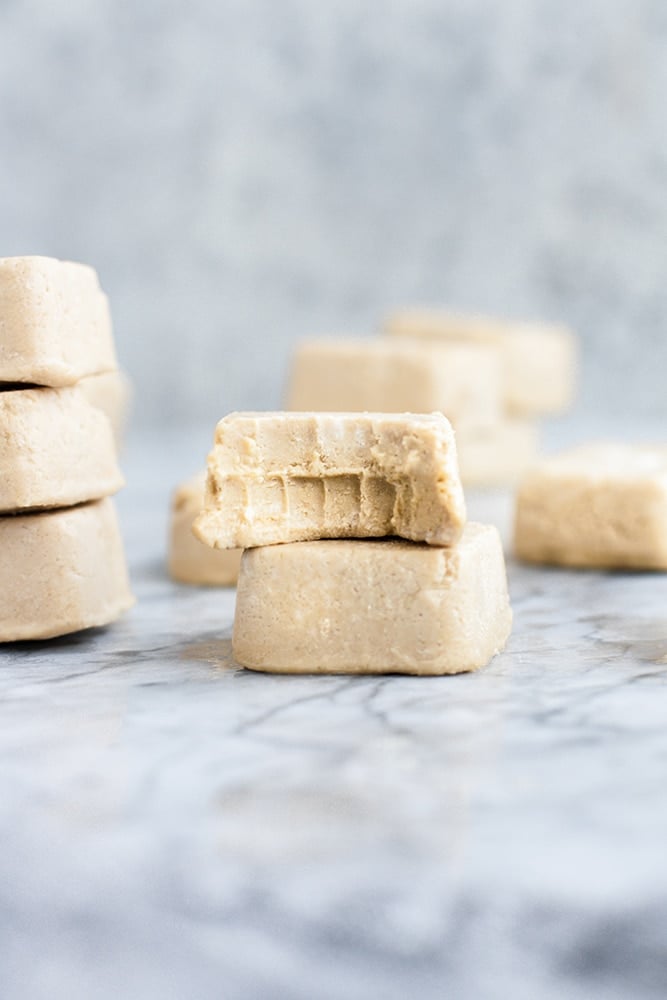 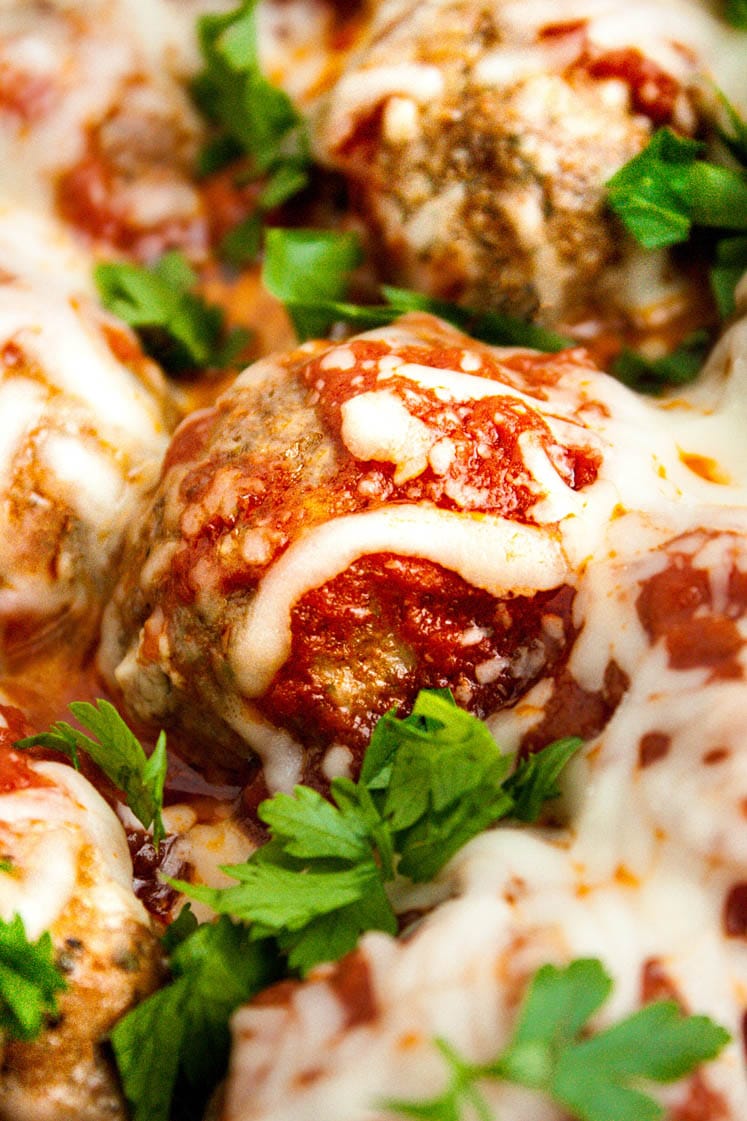 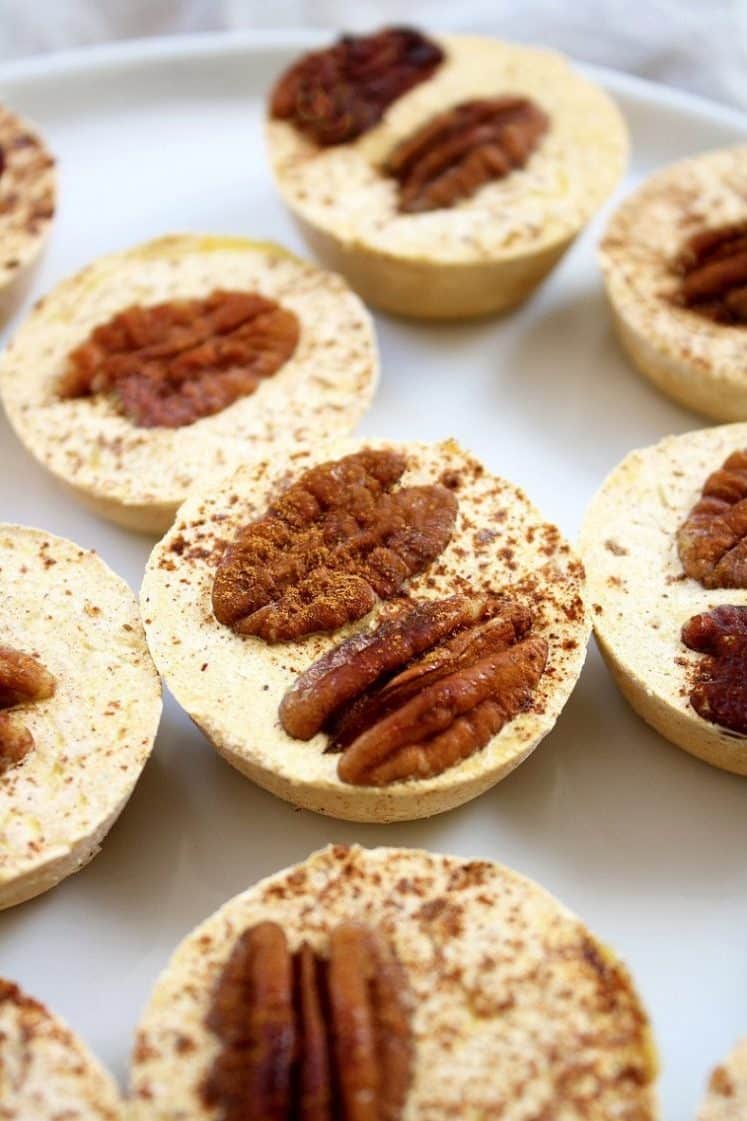 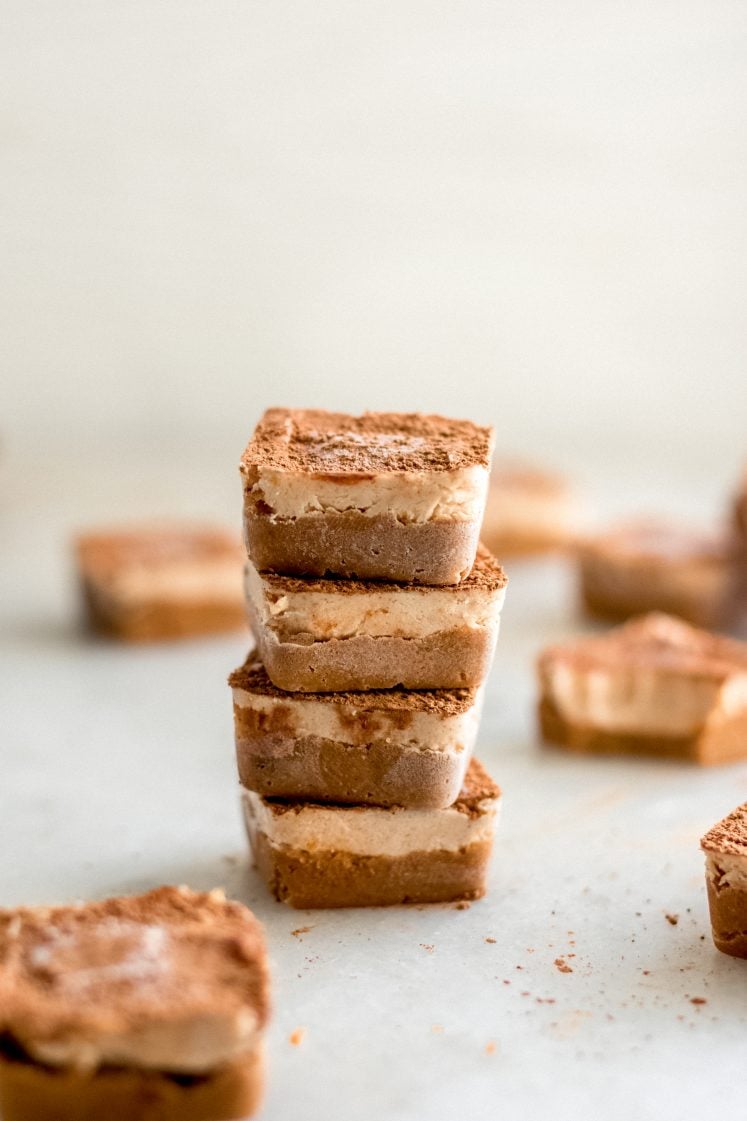 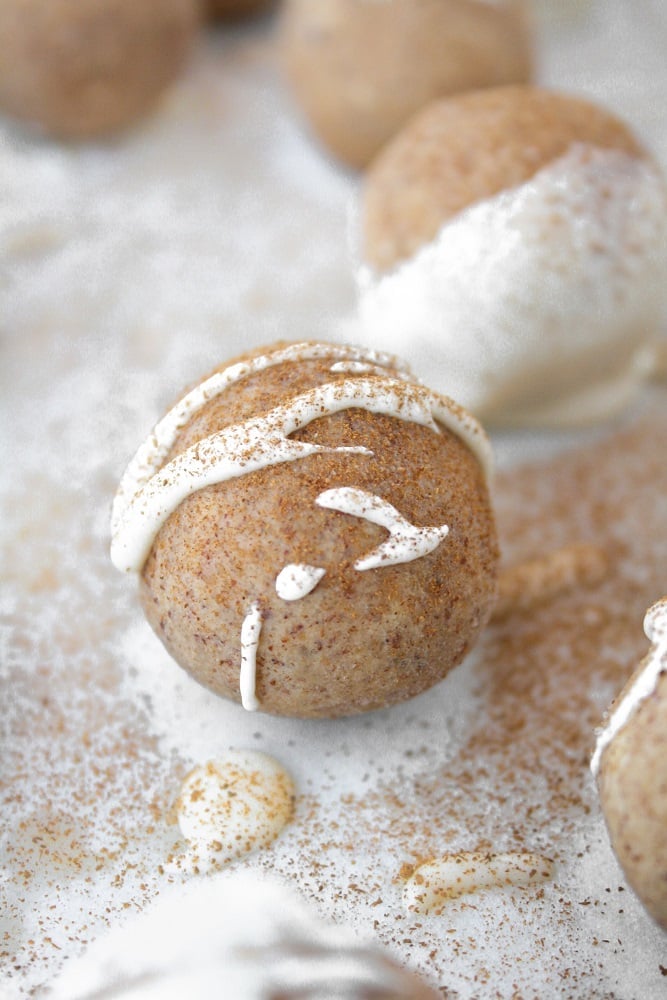 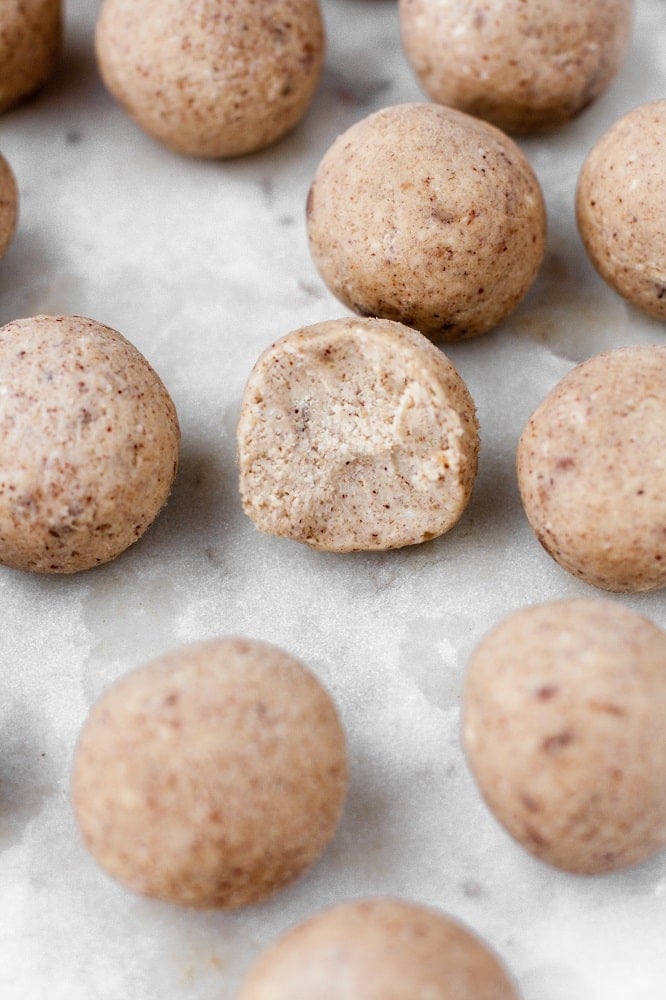 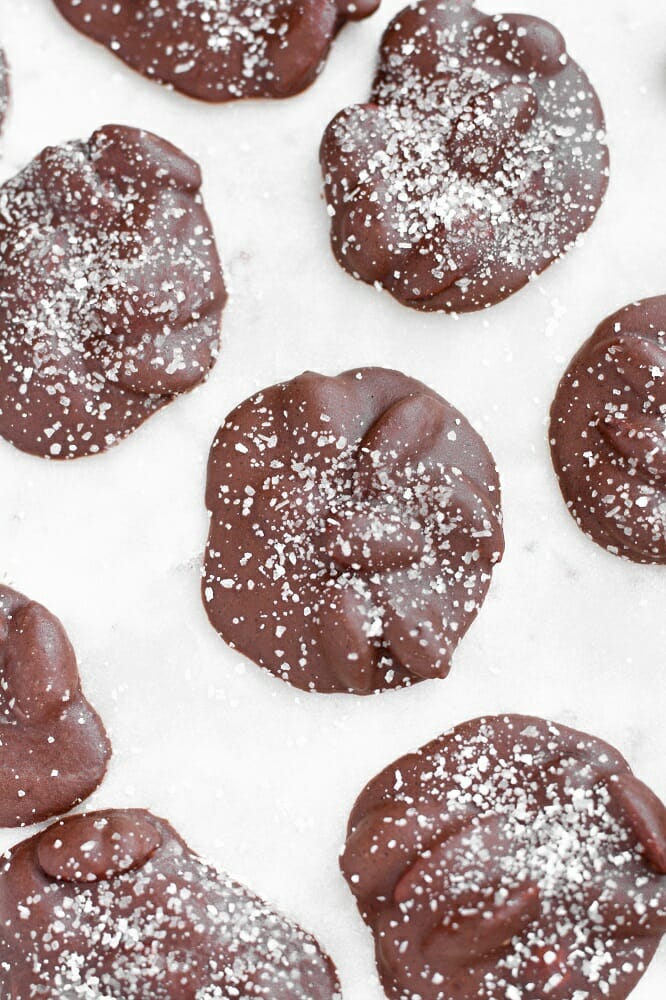 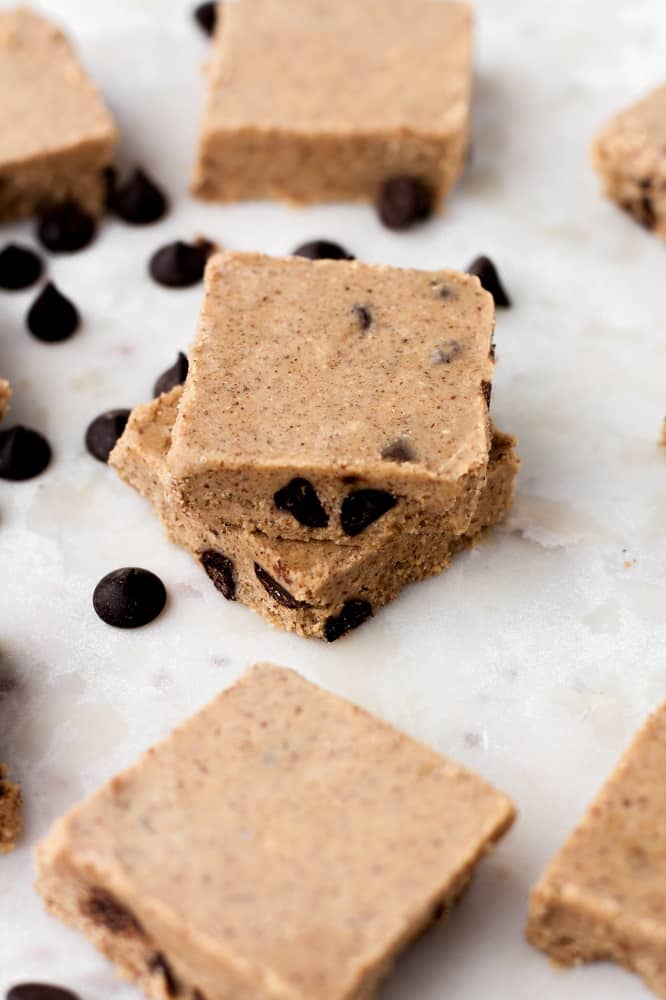